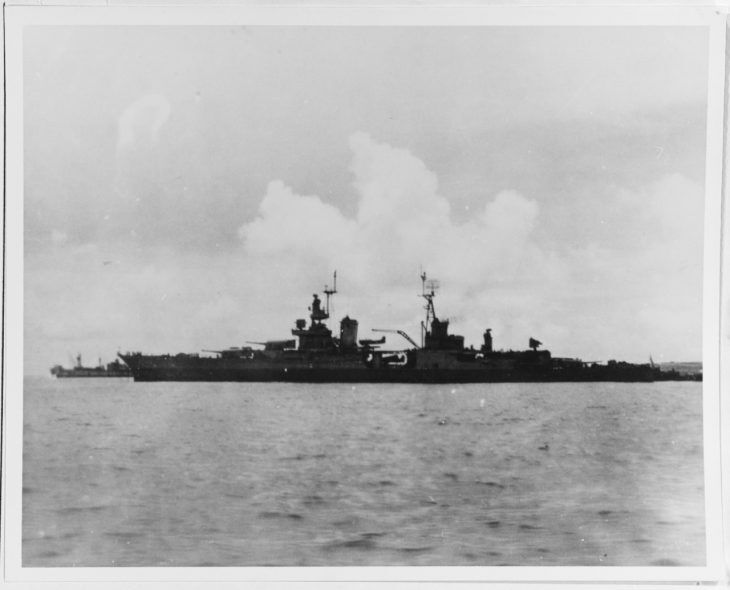 Indianapolis had completed a top-secret delivery of atomic bomb components to Tinian, an island in the Northern Marianas, days earlier. 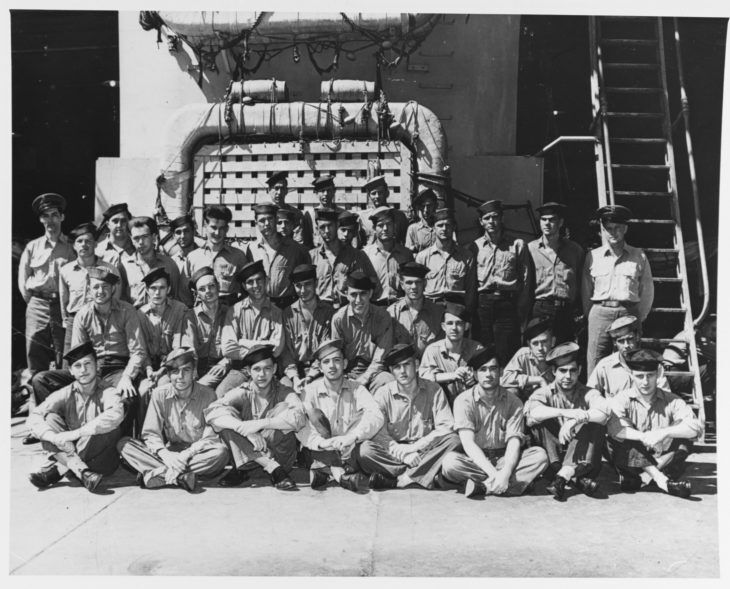 Shortly after completing a top-secret delivery of atomic bomb components to Tinian, the USS Indianapolis was struck by torpedo and sank 75 years ago today.

Indianapolis had completed a top-secret delivery of atomic bomb components to Tinian, an island in the Northern Marianas, days earlier.

Shortly after completing a top-secret delivery of atomic bomb components to Tinian, the USS Indianapolis was struck by torpedo and sank 75 years ago today.

In the first minutes of July 30, 1945, two torpedoes fired from Japanese submarine I-58 struck the starboard side of USS Indianapolis (CA 35). One ripped off the ship’s bow, followed by another that hit crew berthing areas and knocked out communications.

In the dead of night, chaos ensued. It took only 12 minutes for the decorated warship that had carried President Roosevelt in the interwar years and earned ten battle stars for its World War II service up to that point to begin a descent to the bottom of the Philippine Sea.

Around 300 crew died in the initial blasts and went down with the ship. Between 800 and 900 men went into the water.

Indianapolis had completed a top-secret delivery of atomic bomb components to Tinian, an island in the Northern Marianas, days earlier. Unbeknownst to crew at the time, this mission would in the weeks to come contribute to the end of the war.

At the time of its sinking, the ship was returning unescorted to the Philippines to prepare for the invasion of mainland Japan and to resume its role as flagship of Admiral Raymond Spruance and the Fifth Fleet. Damage prevented transmission of a distress signal and misunderstood directives led to the Navy not reporting the ship’s failure to arrive.

Surviving Sailors and Marines were adrift for four days before the pilot of a U.S. Navy Lockheed PV-1 twin-engine patrol bomber located them. It was by pure chance that, on the afternoon of August 2, that the bomber spotted an oil slick while adjusting an antenna.

A massive air and surface rescue operation ensued that night and through the following day. Out of 1,195 crew, 316 survived the ordeal; four additional Sailors died shortly after rescue.

The survivors faced incomprehensible misery. Some found themselves scattered miles apart in seven different groups. Some were fortunate to have gone in the water near rafts and floating rations. Others, including the largest group of around 400 men, had nothing but life vests and floater nets. Men suffered from exposure, dehydration, attacks by hallucinating shipmates, exhaustion, hypothermia, and sharks.

Hallucinations were contagious as many dived underwater thinking that they were entering their ship to drink ice cold milk, only to guzzle sea water and initiate a horrible death. Others swam off alone to reach hotels or imaginary islands. Crew supported each other as best they could, some at the expense of their own lives. The captain of the ship’s Marine detachment swam himself to death circling his group to keep them together. The crew’s beloved chaplain succumbed to exhaustion after providing days of last rites to dying shipmates. Rescue crews had to fire at sharks feeding on the dead with rifles in order to recover bodies for identification and a proper burial at sea.

The crew that went down with the ship or died in the water are memorialized on the Walls of the Missing in the American Battle Monuments Commission’s Manila American Cemetery. At last count, fifty survivors rest at NCA locations. Interments at Riverside National Cemetery in California and Fort Snelling National Cemetery in Minnesota contain the largest groups of these Veterans.

The few remaining Indianapolis survivors, now in their 90s, will be celebrated at a virtual 75th anniversary reunion this July. A Congressional Gold Medal has been struck for the event.

On this anniversary, we reflect on the service and experience of Indianapolis’s final crew, give thanks to those still with us, and remember those who passed. Their ordeal compelled the Navy to make safety improvements, such as mandatory movement reports and improved lifesaving equipment and training – all of which undoubtedly saved the lives of countless Sailors and Marines. Additionally, their successful final mission hastened the end of World War II.