LOS ANGELES - To celebrate Martin Luther King Jr. Day, Ny Gyra Lawson created an animated salute to pay tribute to the Civil Rights hero. Lawson has been working as a Media Arts teacher via Zoom with elementary and middle school students to bring their writing to life using the Story Maker® animation program. 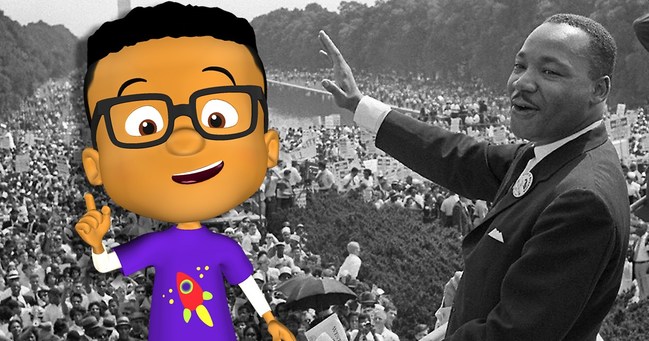 24-year-old Media Arts Teacher Ny Gyra Lawson uses her passion for animation to work with students across the country to bring their writing to life with Wonder Media Story Maker ®. Her tribute to Dr. King's message of hope and resilience in the face of adversity is available to classrooms nationwide to celebrate Martin Luther King Jr. Day on Monday, January 18. 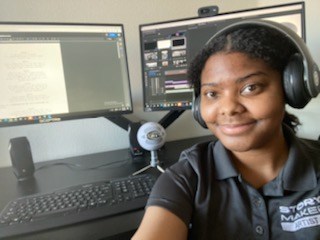 24-year-old Media Arts Teacher Ny Gyra Lawson uses her passion for animation to work with students across the country to bring their writing to life with Wonder Media Story Maker ®. Her tribute to Dr. King and his message of resilience and hope in the face of adversity is available to classrooms everywhere ahead of Martin Luther King Jr. Day on Monday, January 18. She says that her favorite part of working with students is "hearing their ideas."

The 24-year-old artist and teacher performed all of the production roles to create her animated tribute. She wrote the script, performed the voice, produced the animation and did the final editing. She helps students nationwide learn these same skills to tell their stories every day.

"Students find it hard to express themselves--especially during these turbulent times. When they use one of the animated characters in the Story Maker® platform they have a second voice to tell their story," says Lawson.

This Martin Luther King Jr. Day, Ms. Lawson has used her voice to continue to spread Dr. King's message of equality and hope.

Story Maker®, is a project-based teaching tool that was co-created by Terry Thoren, the former CEO of Klasky Csupo, Inc., the company that produced Rugrats. Story Maker® was created based on research about "Phenomenon Based Learning." Students are more engaged in the learning of a phenomenon when it comes from the real world and is relevant to their daily lives. Animation is relevant to the daily lives of every student, and Story Maker® makes their reading and writing relevant.

"Animation is the most popular form of entertainment in the world. Educators are discovering that students who have a difficult time applying themselves to formal teaching methods are blossoming with the use of Story Maker®," said Wonder Media CEO Terry Thoren. "Students are learning authentic life skills like communication, collaboration, compromise, critical thinking and team building. It's a joy to watch students come alive with enthusiasm."

About: Wonder Media is an animation production studio in Los Angeles, California producing animated stories to connect with children at risk with content that addresses hunger, preventing teen suicide, emergency preparedness, social-emotional learning, critical thinking, autism, nutrition, children with disabilities and children living in a home with an addicted adult. Their flagship products, WonderGrove Social Skills and WonderGrove SOAR for Students with Exceptionalities teach K-2 children social skills, life skills, and more through 250+ animated stories and 2000+ printable extension lessons. The studio has also produced animated lessons for the Global Institute for Habits of Mind, the Barbara Sinatra Children's Center Foundation, the Cook Center for Human Connection, the Betty Ford Children's Center, the Hero in You Foundation. Wonder Media is also the creator of Wonder Media Story Maker®, which turns classrooms into state-of-the-art animation production studios. Research shows that when students use authentic production tools, the experience ignites reading and writing engagement. Story Maker® is in 212 school districts in 24 states nationwide.